With over 18 million adventurers worldwide, there is no better time to join the fight for freedom than now!

Become the Darkness! Dive into the next chapter of the critically acclaimed game FINAL FANTASY XIV Online with its epic next expansion pack - Shadowbringers!

Hero becomes villain as the Warrior of Light embraces the dark and embarks upon an adventure that transcends worlds. Forge a new fate and play as two new jobs - Gunbreaker and Dancer - as well as two new races - Viera and Hrothgar.

New to FINAL FANTASY XIV Online? Join others from around the world and start your own FINAL FANTASY adventure today! Buy the Starter or Complete Edition to begin your adventure!

STORY
Warriors of Light - Embrace the darkness and forge a new fate!
Ala Mhigo is at last free from imperial rule, but that liberty may prove fleeting as the Empire moves to both reclaim this bloodied nation and subjugate all of Eorzea.
In their hour of need, however, they cannot turn to the Warrior of Light.  Nor to the Scions, who yet slumber, their souls adrift.
The realm is left to struggle without its saviors, for they have been beckoned beyond time and space - beckoned to the First.
Here a new adventure begins in a world where light ushers all unto oblivion.  But hope is not yet lost, for where there is light there is shadow. 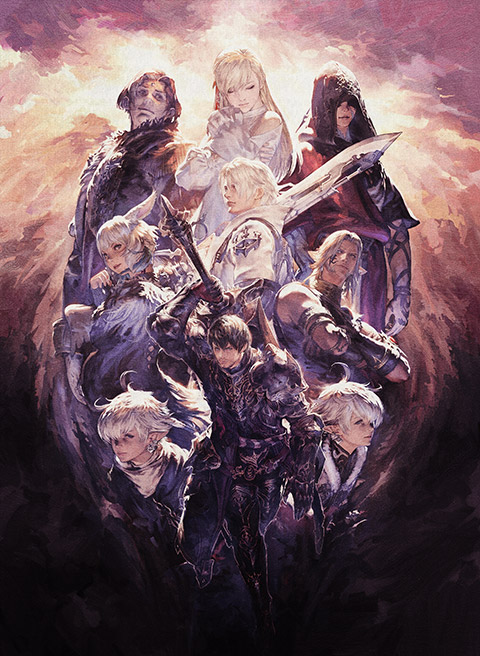 FINAL FANTASY® XIV: HEAVENSWARD™ | THE ART OF ISHGARD - THE SCARS OF WAR - [ARTBOOK]

{{buy.currentProduct.price | number : 0}} pts
Oh no!
Sorry, this product is not available in your country
This product was succesfully added in your shopping cart:

This product may contain content not appropriate for all ages.