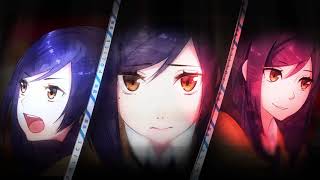 In addition to the core game, Tokyo Dark: Collector’s Edition includes the game's digital soundtrack, alongside a PDF art book containing imagery from throughout the game's development process.

Legend tells of a door deep below Tokyo's sewers. All who enter are lost forever. Detective Ito's partner is missing. Explore Tokyo & uncover the darkness that lays beneath the streets in this Point & Click - meets Visual Novel - narrative adventure that questions the very core of Ito's sanity.

Release Date:  September 7th, 2017
Detective Ito's partner is missing, but what starts as a straightforward case soon spirals into a twisted nightmare that causes Ito to confront her past and question her own sanity.
Tokyo Dark places the narrative in your hands. Your decisions and actions change Detective Ito's state of mind, opening doors to different possibilities as you attempt to find your partner and understand the dark and horrifying world around you.
Features:
Will the past come back to haunt you, or will you stand by your decisions?
Steam account & Internet connection required to activate game.